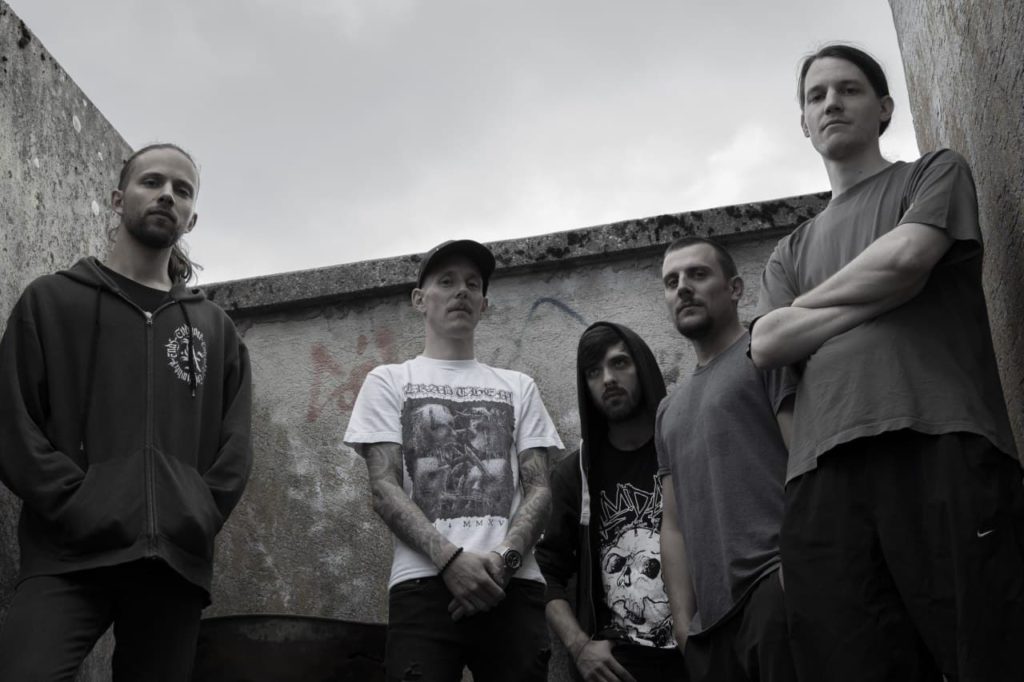 Founded in 2016 in La Chaux-de-Fonds, Switzerland, Icare is a black / grind band.

Their first experiments quickly take the form of an album, « Khaos » which is composed and recorded during their first year of existence. The band then displays an extremely virulent grindcore crawling also largely towards death and black metal. But, for personal reasons, this initial effort, despite its mind blowing mastery and personality, was not intended to be performed on stage.

In 2018, the group therefore needed new music to perform and thus composed the album « Charogne ». To ensure that the stage rendering is as dark and oppressive as possible, the entire performance is contained in a single, unique 45-minutes song. Once again, the group impresses with its technicality and its visionary approach to extreme music. After a few concerts in 2019, Icare was signed to Division Records in early 2020.

Driven by the label’s enthusiasm for their first album « Khaos », the group quickly returned to the studio to transform it into an even more accomplished version and then prepared to present it on stage.