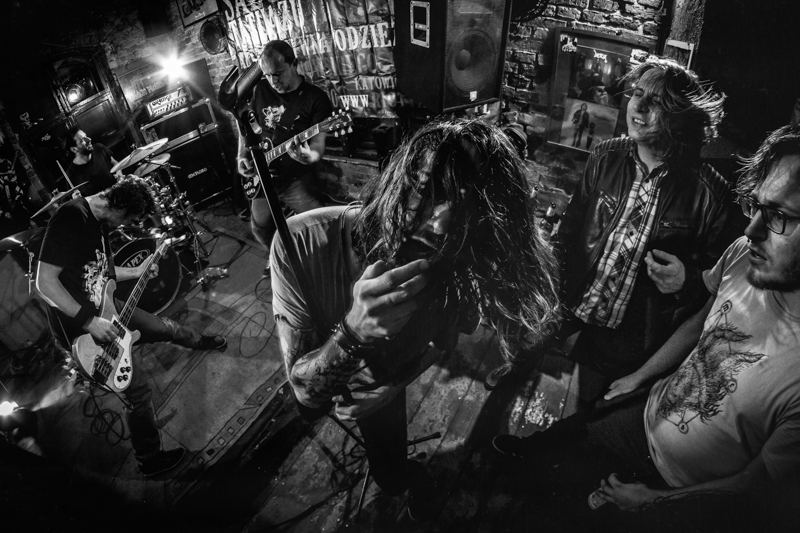 Formed back in early 1999 by five friends in La Chaux-de- Fonds, Switzerland, KEHLVIN is delivering a slow, progressive and metallic noise-hardcore. After the release of their first acclaimed album, THE MOUNTAIN DAYLIGHT TIME and some shows across Europe with the likes of Burst, Will Haven, Mono, Red Sparowes, Knut and Unsane, the members of khlvn have collaborated with their friends from Rorcal in order to record a split album called ASCENSION. Since this monolithic masterpiece, the band has recorded an ep called HOLY CANCER, which was released with a live DVD. In order to promote this piece of pure aggression, KEHLVIN has toured across Europe with the bands Celeste and Junius. In 2012 the band has released their second full length entitled THE ORCHARD OF FORKING PATHS, a new master piece of tortured sludgin’prog metal. In 2013 the band has toured again for 11 savage shows across Europe. During this tour, they met the polish band Fleshworld and a new friendship was instantly born. The result is the release in April 2015 of a split album between the two bands entitled TO DENY EVERYTHING THAT’S MUNDANE. Showing how far they’re able to go with their music and including more noise rock influences, these three new songs show how the band is still pushing its musical vison further. The band is now looking for new stages to wreck!