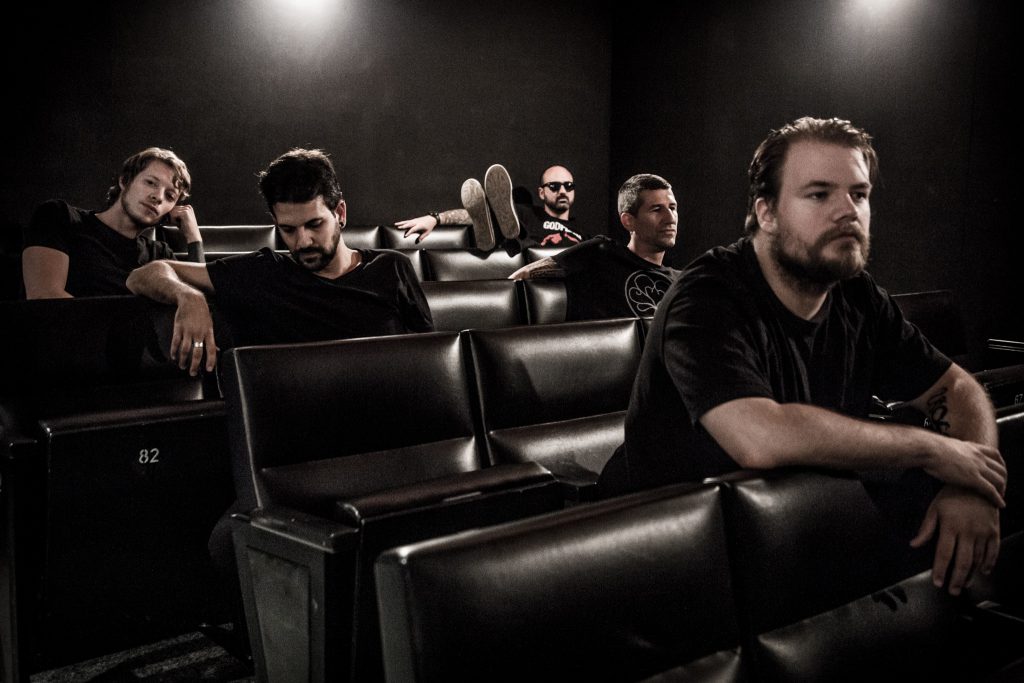 Jonbar Hinge is a rock band from Switzerland, playing a heavy ‘stoner-like’ music at the crossroads of ‘progressive’, ‘post-rock’ and ‘metal’ genres.

The Jonbar Hinge project took place during the course of the year 2012, reflecting a common passion for heavy rock music between Mauro and Marc (guitarists), both former musicians in several other bands.

Soon, Antoine (drums) and Emmanuel (bass) – having themselves quite a long experience in the local rock scene – joined the duo and the newborn Jonbar Hinge combo emerged out of the forge. In the late 2013, the band recorded 5 songs (with no vocals at the time). In 2014, Matthieu joined the band to perform the vocals in studio, closing the loop of the recording process.